The first of what we hope will be an annual American tournament and social afternoon in memory of former Austwick Tennis Club member Sheila Barraclough was held at the club on Sunday 25 July.

Despite earlier forecasts to the contrary, the weather proved ideal for both tennis and socialising, and with 24 club members taking part in the tournament and almost as many watching, it proved to be a fitting tribute to Sheila, who was a founding member of the club and played regularly for the teams over many years; she continued to be a regular attendee at the Mon Fri social tennis sessions until shortly before she went into residential care some months before her death in 2018.

Sheila’s family have provided a bench for the playing fields’ pavilion, and the club decided some time ago that we should hold an annual tournament in her memory. Bad weather and the Covid pandemic have delayed the inaugural event but it turned out to have been well worth the wait, with members joining together not just in the tennis but in provision of refreshments and entertainment.  Special thanks went to Ann Haydock who did a commendable job of keeping the tournament running smoothly and on time.

The first winners of the shield were Tony Fillingham in the men’s section and Beccy Bullock in the ladies’. In making the presentation Sheila’s husband, Bernard, spoke of how, when they moved to Austwick in the late 1960s they found that the village contained a lot of children but no playing facilities. Following a great deal of effort and fund-raising the playing fields were created, with the tennis courts coming first, followed by the bowling green, children’s playground and sports field.

The tournament proved a rare opportunity for all club members to get together and enjoy a form of tennis that allowed our A team players to link up with those whose tennis is purely social.

Following the tournament members stayed on for an excellent Jacob’s Join together with Pimms.

The evening concluded with music on the Playing Field by the band Alice and the Looking Glass, whose repertoire covers pop, rock and funk and whose members include tennis club stalwart Dermot McDaid on drums.

Here are some other photographs from the event 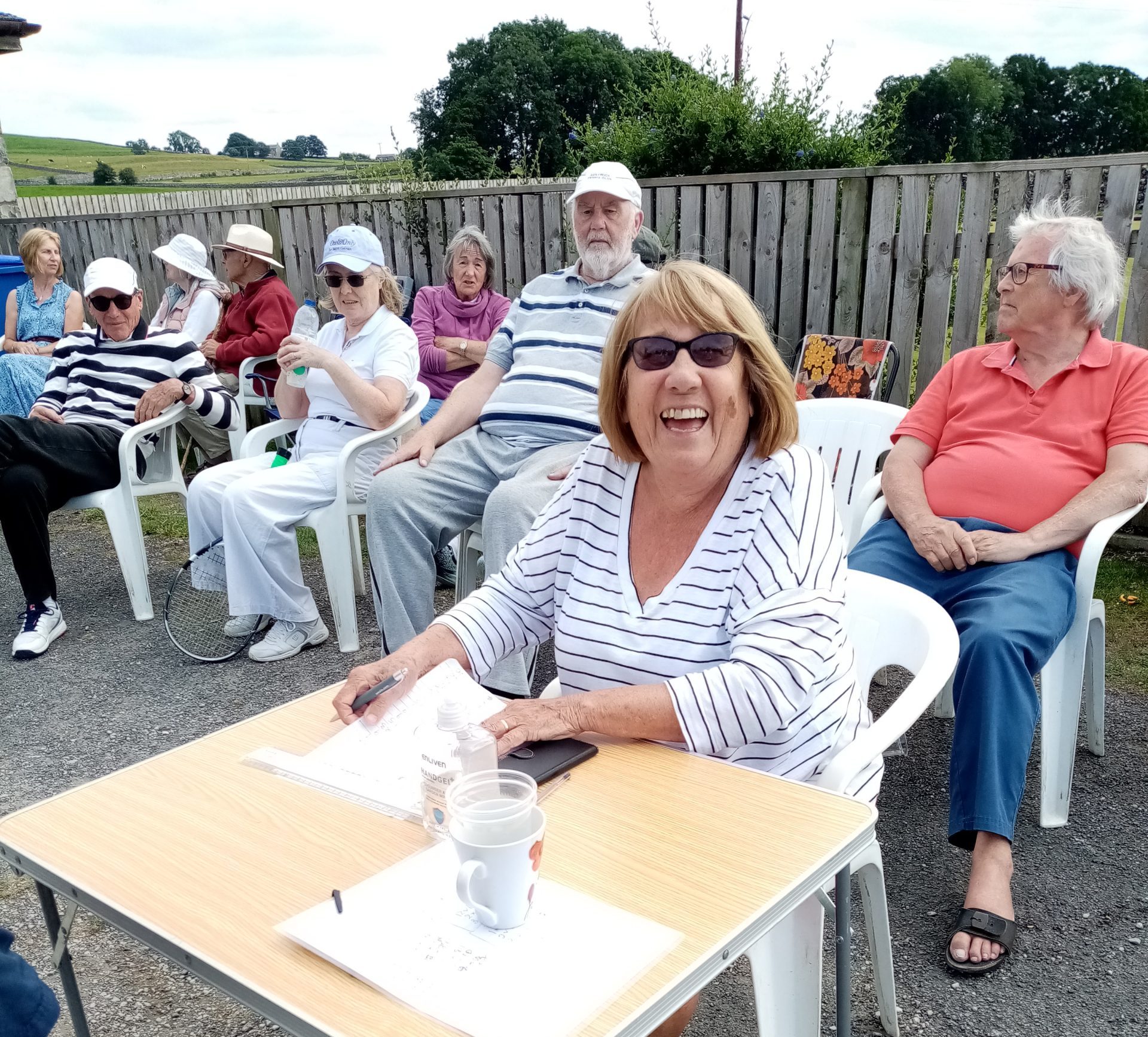